Visit to the Union of East African Circumscriptions

I have visited all the countries of this union except Ethiopia.

Tanzania has had its development office for a number of years now and it is very clear what progress this circumscription has made in terms of development and self-sufficiency thanks to its office. Everything is coordinated and monitored! The office now needs to be expanded so that it can be more responsive to demands.

Uganda, is a newer and much smaller circumscription: it has a very difficult time living. It has a small development office run by the bursar but it lacks human resources. But there is a rather incredible dynamism and exceptional achievements (Libermann Academy, Residence/Retirement house). Remarkable willingness of the whole spiritian team to move forward!

Kenya, for its part, has just created its own development office: a permanent lay person has been recruited who seems to have all the necessary skills. Many projects are being implemented both at the development and self-financing level. The development work carried out with the local populations (for example with the Pokot) is enormous, especially in education. The same is true in some slums in the capital, Nairobi.

What I have observed is that in each of these countries, the Spiritans work enormously for the human promotion of the populations to whom they are sent in order to set up a sustainable development with a promising future. 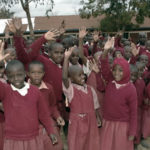 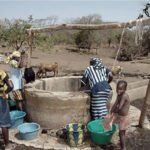